What Is The Video Relay Service? 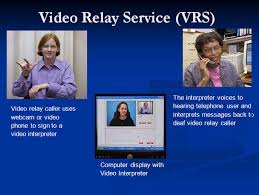 A Video Relay Service (VRS), also sometimes known as a Video Interpreting Service, is a videotelecommunication service that allows deaf, hard-of-hearing and speech-impaired (D-HOH-SI) individuals to communicate over video telephones and similar technologies with hearing people in real-time, via a sign language interpreter.

A similar video interpreting service called Video Remote Interpreting (VRI) is conducted through a different organization often called a 'Video Interpreting Service Provider' (VISP). VRS is a newer form of telecommunication service to the D-HOH-SI community, which had, in the United States, started earlier in 1974 using a simpler non-video technology called Telecommunications Relay Service, also known as 'TRS', or simply as 'Relay Service'. 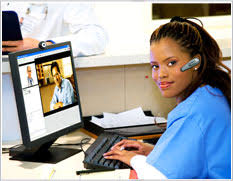 VRS services have become well developed nationally in Sweden since 1997, and also in the United States since the first decade of the 2000s. With the exception of Sweden, VRS has been provided in Europe for only a few years since the mid-2000s, and as of 2010 has not been made available in many European Union countries, with most European countries still lacking the legislation or the financing for large-scale VRS services, and to also provide the necessary telecommunication equipment to deaf users. Germany and the Nordic countries are among the other leaders in Europe, while the United States is another world leader in the provisioning of VRS services.